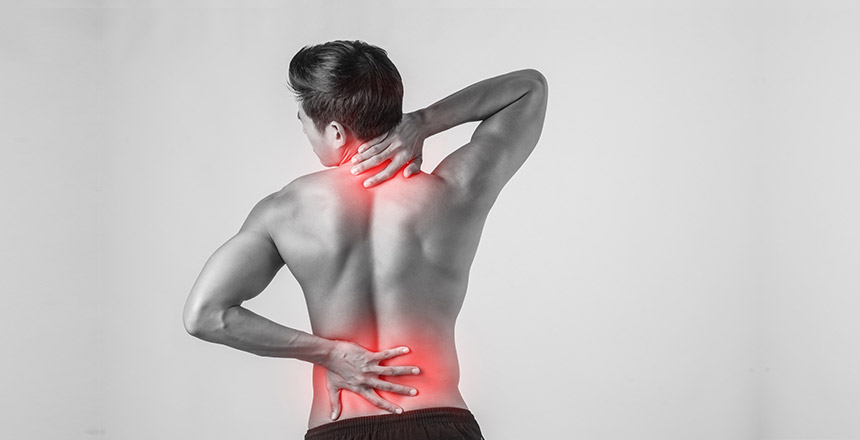 Spinal disc problems are quite common among people of all ages. The intensity of pain caused is extreme and makes it worse with every movement. Proper treatment can relieve the pain and rectify the problem from its roots.

The most common spinal disc disorder is the herniated/ slip /prolapsed disc or degenerative disc disorder. The spinal disc consists of a soft, gluey center surrounded by a tough outer covering. Due to various reasons, tears may occur to the disc causing the inner material to protrude irritating the nearby nerves. This may result in intensified pain, weakness or numbness in arms or legs restricting the daily activities.

Numbness – A person with herniated disc may feel numbness on any body part depending on the nerve being compressed.

Weakness – Herniated disc can weaken the muscles served by the compressed nerve restricting the movement of the body parts.

Problems with disc most often are caused due to normal aging related wear and tear of discs which is called the disc degeneration. Lifting of heavy weights and the sudden twist and turns can also cause disc herniation. Injuries caused due to major accidents can also result in herniated disc. Apart from these, there are several factors which can elevate the risk of herniated disc. Being overweight can over stress the disc resulting in disc herniation. Similarly, Genetic factors, physically demanding jobs, smoking can also increase the risk of having herniated discs.

Ayurveda have proven its magical power in relieving spine related disorders from ages. Ayurveda is said to be the best medical method to rectify the spinal diseases to its fullest. Be it mild or intense, Ayurveda has its unique way of healing the spinal problems from its roots. Depending on the severity of the injury, the treatment varies. Mild to moderate herniated disc disorder could be relieved tablets, herbal decoctions and external application oils. People with chronic disc disorder may need to undergo treatments like Abhyanga (Massage with medicated oil), Swedana (Steam), Shodhana, Nasyam etc.

In Ayurveda, Panchakarma is considered to be the best known treatment for intervertebral disc prolapse. Panchakarma is the best non-surgical alternative for people with chronic disc disorders. Panchakarma helps in improving the blood circulation there by healing the weakened muscles and hence providing ultimate rejuvenation to the entire body.

Prior to Panchakarma treatment, Sneha sweda procedures are done to the body as preparatory measures. If the intensity of inflammation is significantly high, Rookshana treatment is done before Sneha sweda. Rookshana involves Udharthana that involves the massaging of body with dry medicated powder and Choornapinda sweda that involves massaging with poulties made of medicated powders. Snehana is performed by Snehapana which is the consumption of ghee or oil in varying dosage. Jampeerapinda sweda and Pathrapodala sweda are the other modes of Sneha sweda which involves the massaging with poulties made up of medicated powders, oils, lemon and many other herbs.

Vasthi is classified in to two namely Kala vasthi and Yoga vasthi. Depending on the criticality of the disease, the type of Vasthi is chosen. Generally, Yoga vasthi is preferred for treating herniated disc, but in cases of severe Ankylosing Spondylitis where HLA is positive and in severe Scoliosis, Kala vasthi a 15 day procedure is suggested. Thyla vasthi and Kashaya vasthi are intermittently involved in both the Vasthi procedures.

Post Panchakarma procedures involves Njavarakizhi which helps in improving the strength and tone of the muscles and also prevents the recurrence of the intervertebral disc disorders.

Sreerudra Multi specialty hospital, situated in Alappuzha is well known for the quality of treatment it provides. Being considered as a devotion, the hospital provides the best in class ayurvedic treatment across the state. The highly qualified medical team and therapist are well expertise in healing both mental and physical ailments with utmost care and compassion. The Sreerudra hospital assures zero side effects on any treatments because of the use of 100% ayurvedic herbs. The hospital is equipped with state of the art facilities for healing your body and mind and gives you a rejuvenating experience altogether.

How to reduce the disability of the body caused by Cerebral Palsy?

How to Fight Against Cancer